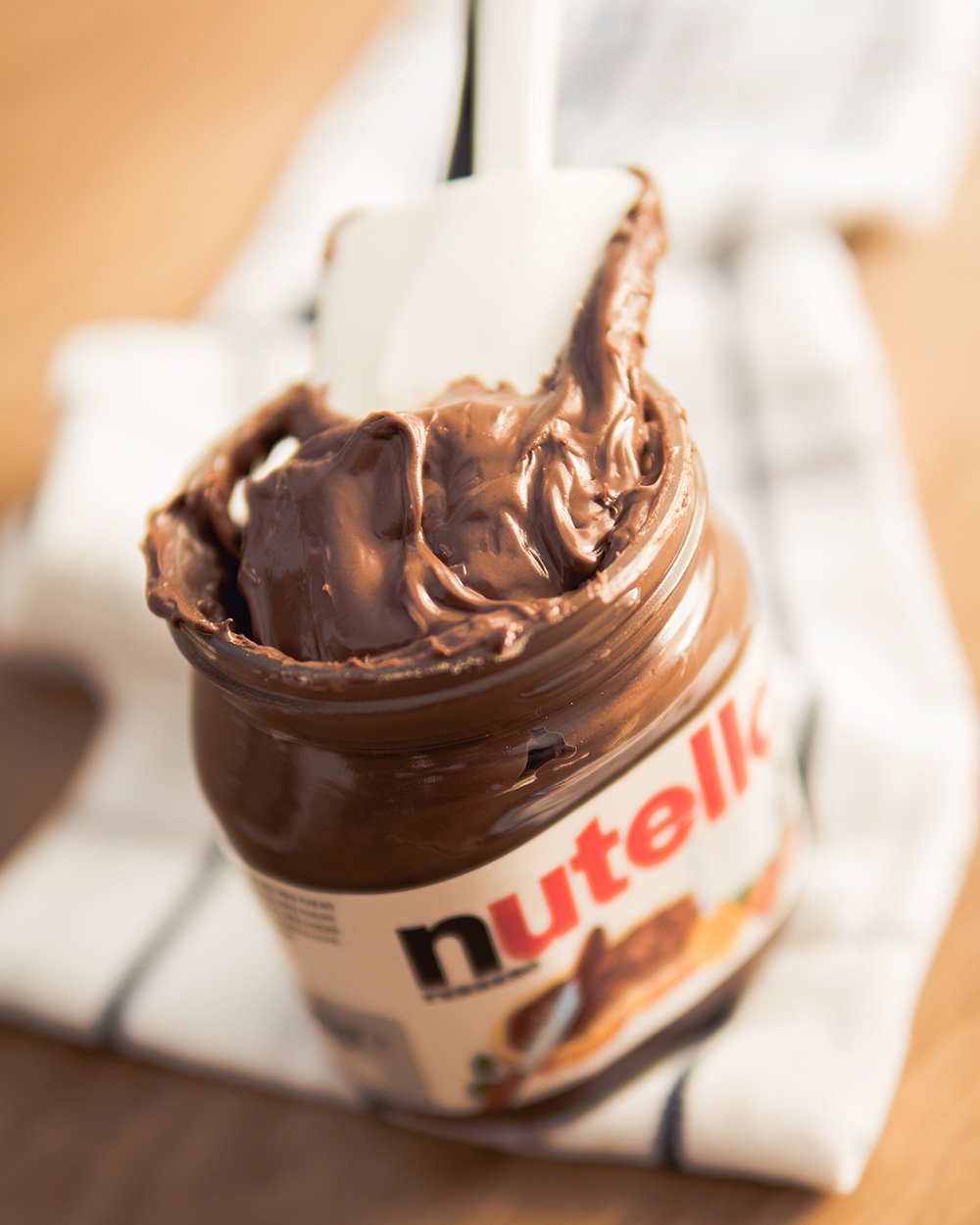 World Nutella Day celebrates what happens when hazelnuts and chocolate collide. For example, millions of people celebrating all on February 5th each year!

It is often said that necessity is the mother of invention. Adding hazelnuts when cocoa is hard to come by may have been an Italian trick during hard times. In the 1800s, in the northern Italian city of Piedmont, they made a paste of chocolate and hazelnuts at a time when the nuts were abundant, but the cocoa was not.

At the end of World War II, cocoa was once again difficult to come by. Pastry Maker, Pietro Ferrero, made loaves of this sweet paste and called it Giandujot. Soon after, the Ferrero Company was founded on May 14, 1946.

It wasn’t until 1951 that Ferrero made the paste into a spreadable form. We wouldn’t even recognize the spread by name until 1964 when Ferrero’s son Michele gave the jar of creamy hazelnut and cocoa the name Nutella.