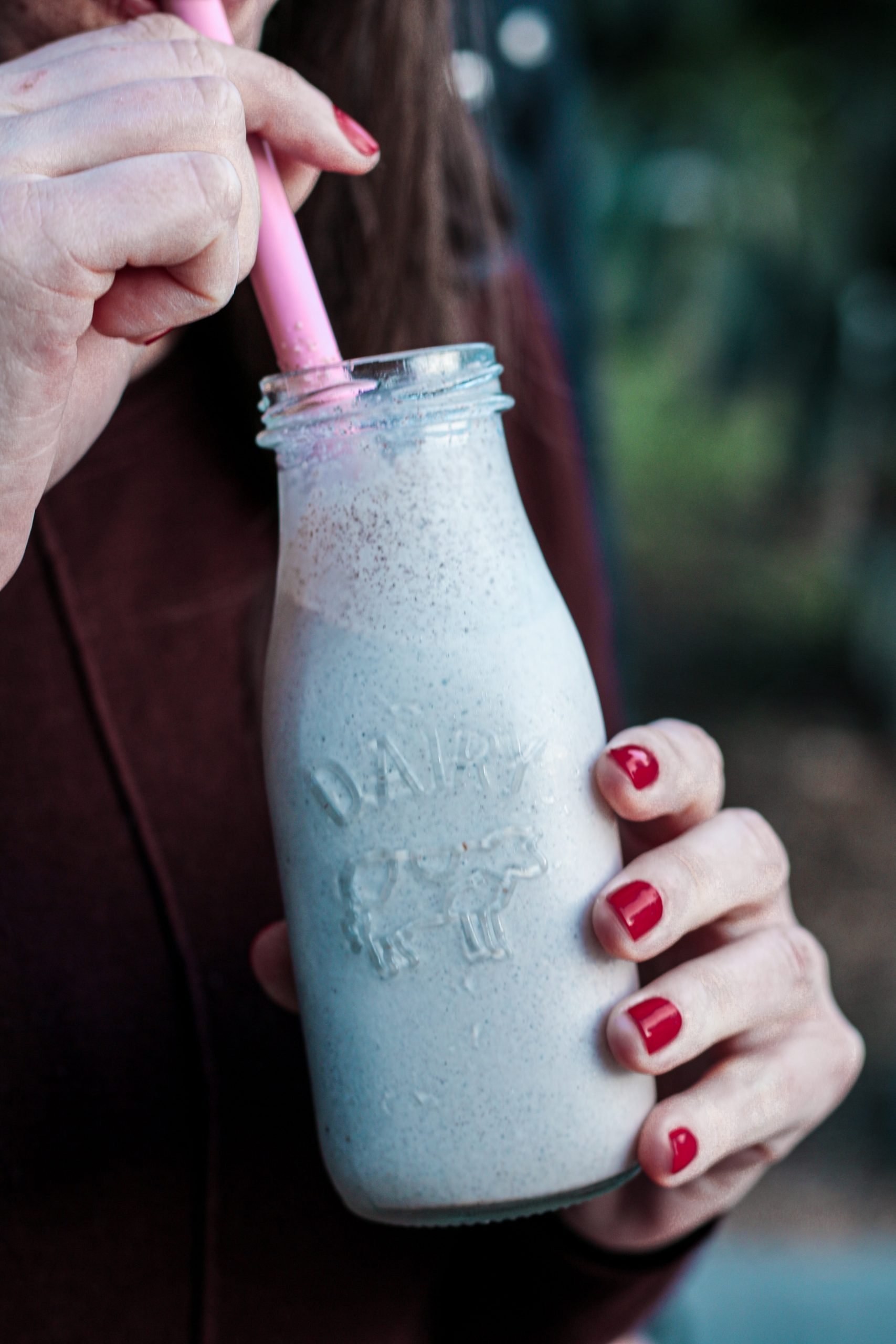 This frosty drink didn’t begin with those three ingredients, though. In 1885, the term “milkshake” showed up in print for the first time. The concoction of cream, eggs, and whiskey was often served with other alcoholic tonics such as lemonades and soda waters.

By 1900, a milkshake often referred to “wholesome drinks made with chocolate, strawberry or vanilla syrups.” In these frothy beverages, ice cream was nowhere to be found. However, a few years later in the early 1900s, people began asking for this new treat with a scoop of ice cream. By the 1930s, malt shops were serving milkshakes all over the United States.