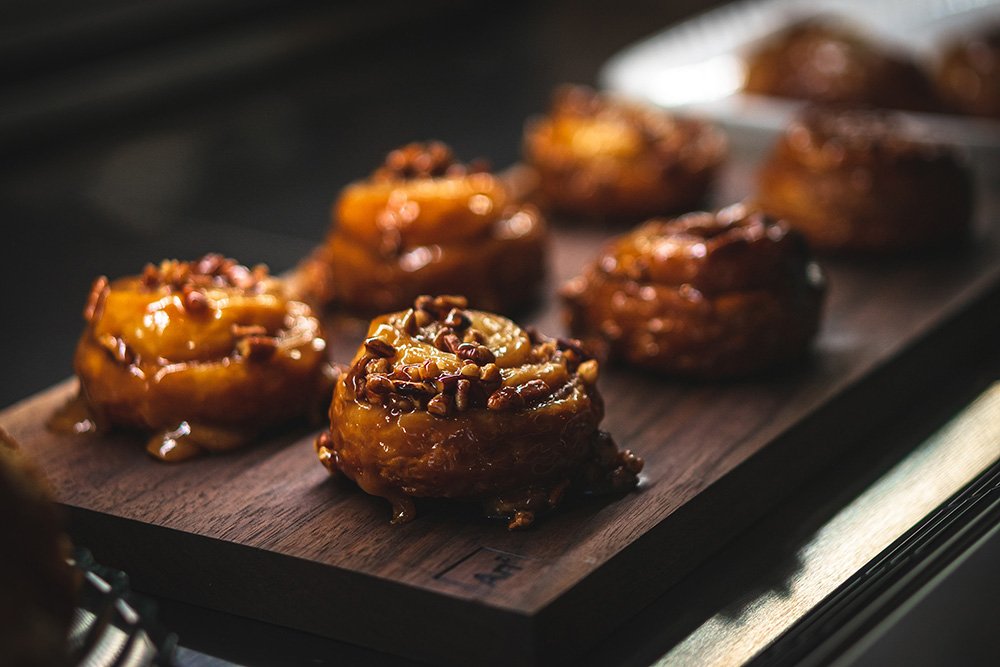 National Sticky Bun Day on February 21st recognizes a delicious pastry that comes rolled up and dripping with a sweet, sugary topping.

Known as “schnecken” meaning snail, the sticky bun is rolled into a sweet spiral resembling its German name. Still considered to be a Pennsylvania specialty, many believed the sticky bun’s origin in the United States began in the 19th century. German settlers brought their baking traditions with them when they began settling in and around Philadelphia.

Most often served for breakfast or as a dessert, sticky buns consist of rolled pieces of leavened dough. Most contain brown sugar and sometimes cinnamon. Before the dough is placed in the pan, the pan is lined with sticky sweet ingredients such as maple syrup, honey, nuts, sugar, and butter. When the buns are finished baking, the baker flips the pan upside-down so the sticky bottom becomes the topping.