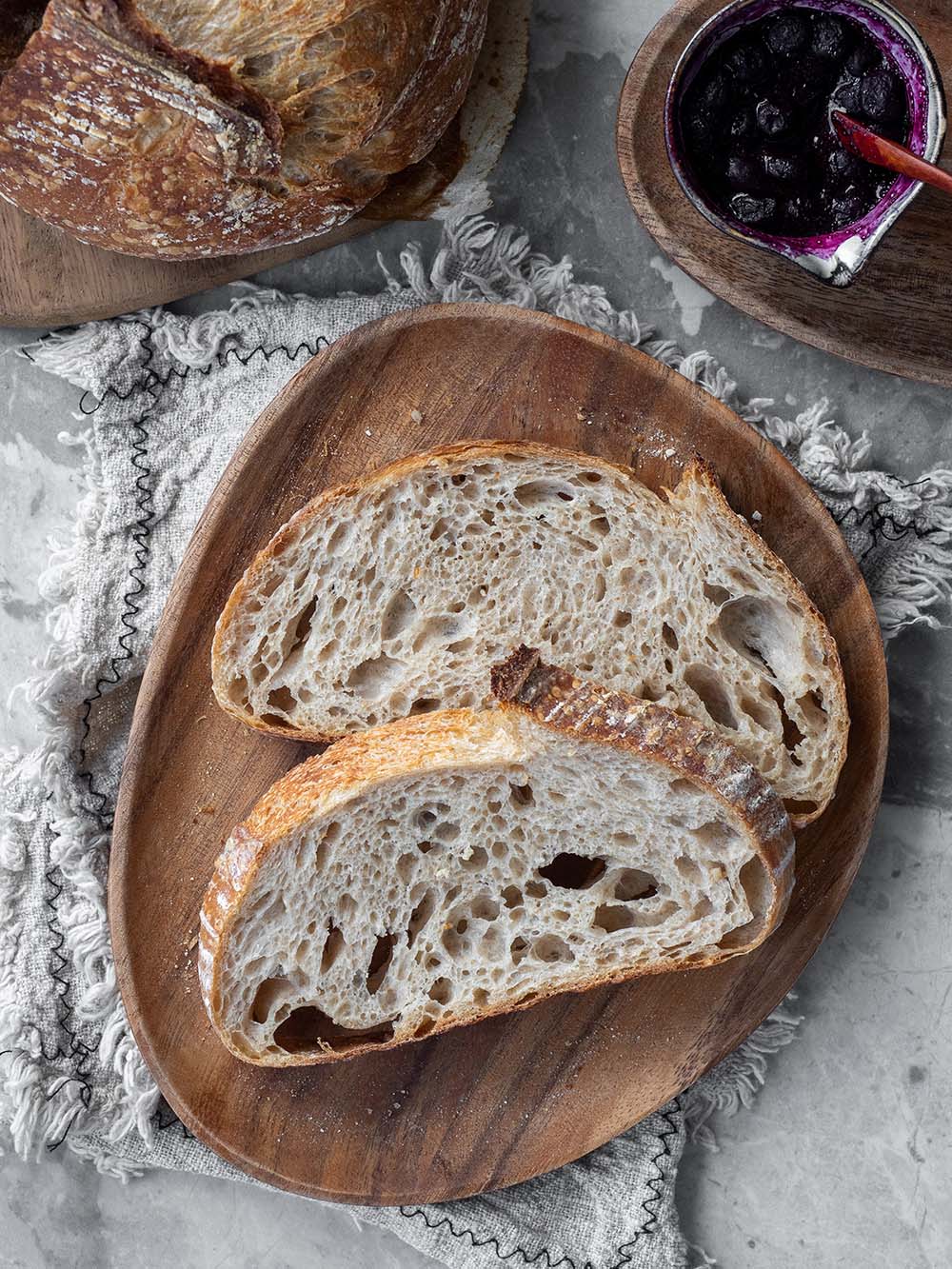 Sourdough is produced through the process of long fermentation of the dough using lactobacilli and yeasts. The use of naturally occurring yeasts and friendly bacteria versus cultivated yeast causes the bread to have a slightly sour, but pleasant taste.

Most likely the first form of leavening available to bakers, it is believed sourdough originated in Ancient Egyptian times around 1500 BC. During the European Middle Ages, it also remained the usual form of leavening.

As part of the California Gold Rush, sourdough was the principal bread made in Northern California and is still a part of the culture of San Francisco today. The bread was so common at that time the word “sourdough” became a nickname for the gold prospectors. In The Yukon and Alaska, a “sourdough” is also a nickname given to someone who has spent an entire winter north of the Arctic Circle. It refers to their tradition of protecting their sourdough during the coldest months by keeping it close to their body. The sourdough tradition was also carried into Alaska and western Canadian territories during the Klondike Gold Rush.

San Francisco sourdough is the most famous sourdough bread made in the United States today. In contrast to sourdough production in other areas of the country, the San Francisco variety has remained in continuous production since 1849, with some bakeries able to trace their starters back to California’s Gold Rush period. Many restaurant chains keep it as a menu staple. Sourdough bread is a great side to your soup, stew or toasted with your morning cereal.