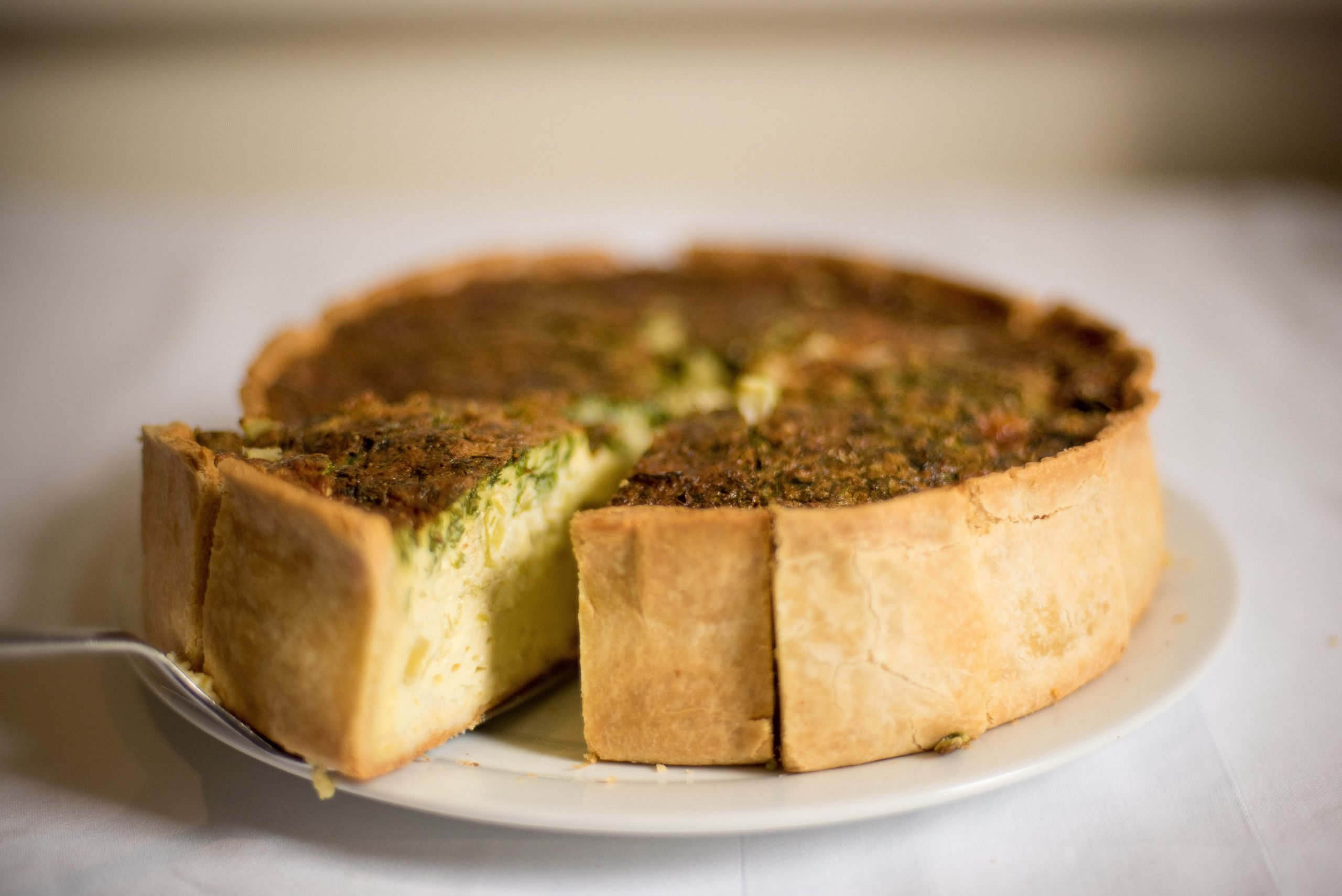 On May 20th, National Quiche Lorraine Day celebrates a French dish served for just about any meal of the day.

Quiche Lorraine is believed to have originated in the rural Lorraine region of France. While it’s considered a French dish, it developed during a time when the Lorraine Region was under German rule. Even the word Quiche comes from the German word kuchen meaning cake. The Lorraine region of France is also known for many other delicious dishes such as madeleines, Jordon almonds, macarons, and Lorraine hotpot. Of course, the area is also known for its viticulture.

The original Quiche Lorraine consisted of an open pie made using a bottom crust with a filling of custard and smoked bacon. A cast-iron skillet was used to cook the original Quiche. The cheese was added to the recipe at a much later time.