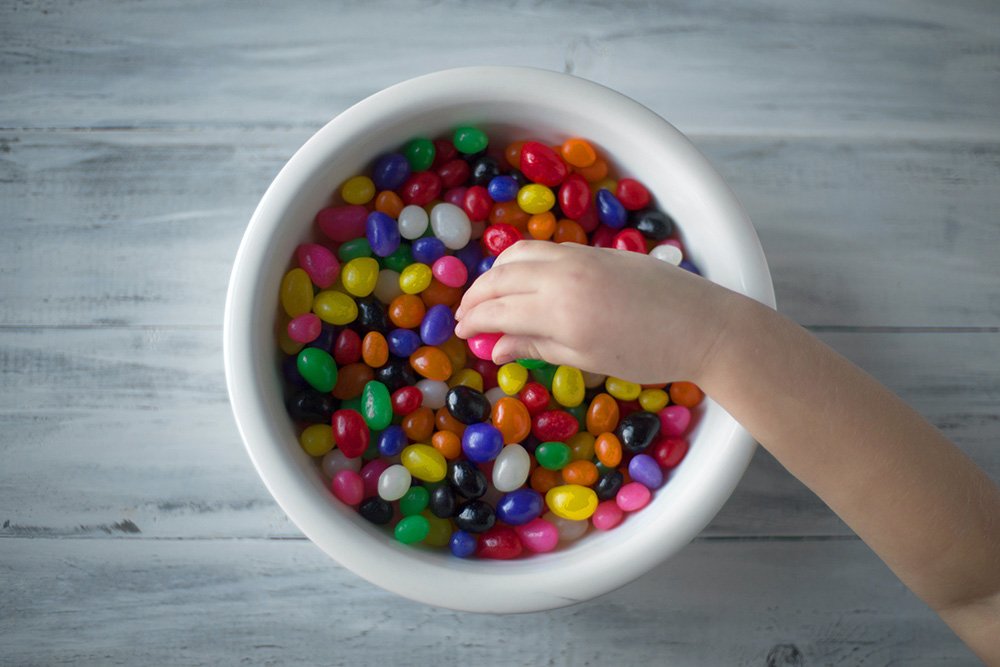 Who can resist a handful of sweet jelly beans on National Jelly Bean Day? Well on April 22nd each year, you really don’t have to resist at all. As a celebration, enjoying them is a must!

While candies made in a similar manner existed before the jelly bean, Boston confectioner William Schrafft made them popular during the Civil War. With their firm exterior, jelly beans were the first candies sold by the pound. Schrafft encouraged his customers to send them to Union soldiers.

In the 1930s, jelly beans became closely associated with the Easter holiday thanks to their egg-like shape. However, confectioners make jelly beans available all year long now. So, there’s no excuse not to enjoy them if you have a craving at any time of the year.

The 40th President of the United States, Ronald Reagan, enjoyed jelly beans so much that they were present at his inauguration. He started eating them when he quit smoking years before. The Herman Goelitz Candy Company supplied red, white and blue jelly beans for the 1980 event. At the time, the company didn’t produce blue jelly beans. They created a blueberry jelly bean for the first time, especially for the inauguration.