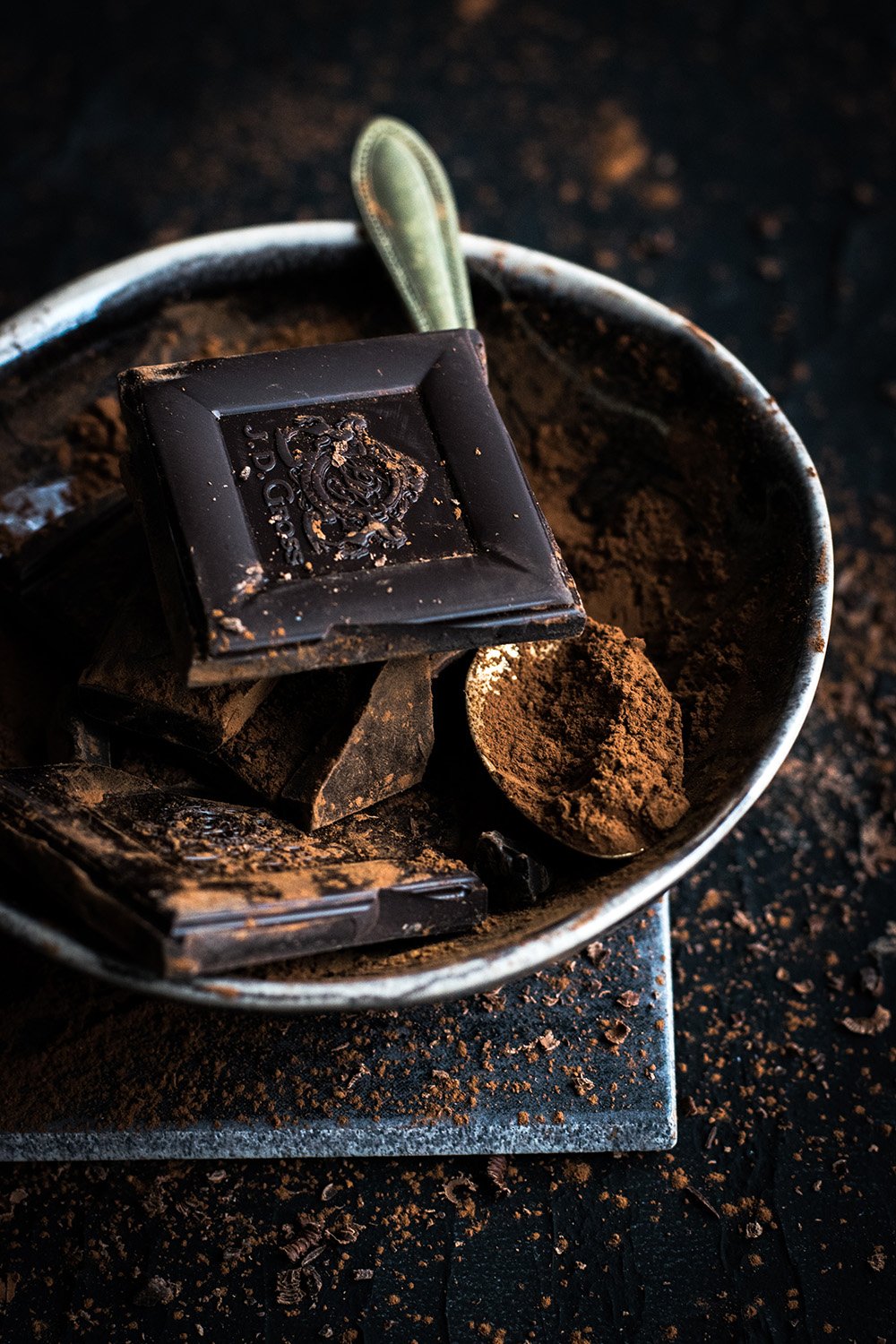 On February 1st, National Dark Chocolate Day reminds us to indulge a little. Dark chocolate is often touted as the healthier chocolate, and sometimes, can be an acquired taste.

Chocolate comes from the seed of the tropical Theobroma cacao tree. We have been cultivating cacao for at least three millennia and the plant grows in Mexico, Central America, and Northern South America. Our earliest known documentation of using cacao seeds dates to around 1100 BC.

Fermentation helps develop the flavor of the cacao seeds. Otherwise the seeds are too bitter to eat. Once fermented, the beans are dried, cleaned, and roasted. After roasting, the shell is removed to produce cacao nibs. Processors then then ground the cocoa nips into cocoa mass, which is pure chocolate in rough form. They usually liquefy the cocoa mass and molded it with or without other ingredients. At this point in the process, it is called chocolate liquor. The chocolate liquor may then be processed into two components: cocoa solids and cocoa butter.

Besides being lower in calories and fat, dark chocolate comes with many other health benefits. It also serves as a decadent ingredient in many desserts and sauces.