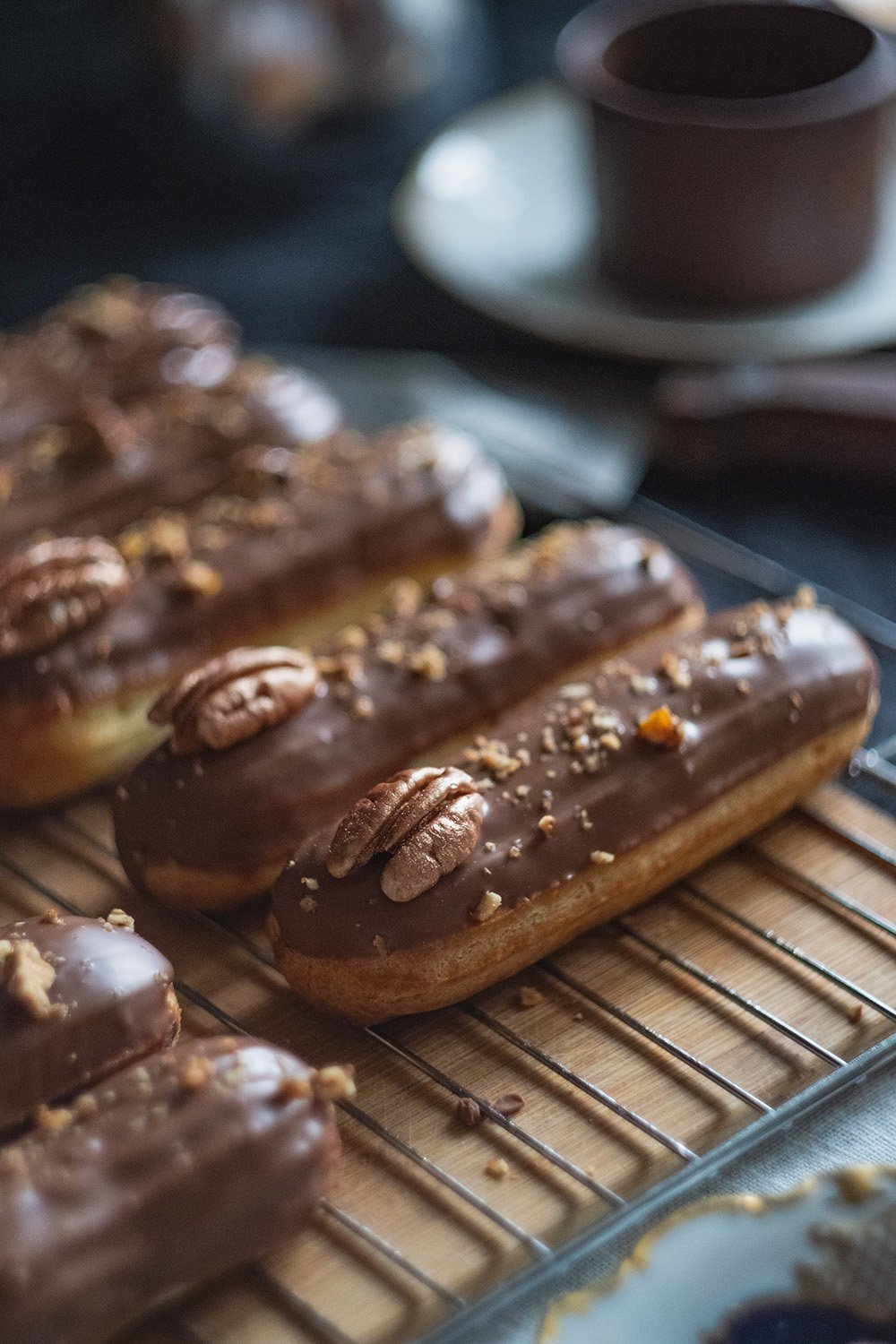 Pastry. Check. Cream filling. Check. Chocolate. Check. What more could you want in a food holiday? Maybe a cup of coffee to go with it, but other than that, do you really need anything else?

Well, we know the French make many delicacies from dough. These particular pastries are made from a dough called pate a choux. And one of these pastries is the Eclair. They pipe it into an oblong shape using a pastry bag. Once baked, the eclair is light and crispy on the outside and hollow on the inside making it the perfect avenue for transporting creamy vanilla or chocolate creme.

The word eclair comes from the French word, meaning “flash of lightning.” The connection between the word and this French pastry remains unclear.

In some regions of the United States, Long Johns are marketed under the name eclairs. However, the two are not quite identical. Long Johns are made with donut pastry and typically filled with vanilla pudding or custard. The eclair, on the other hand, requires a little more effort and expense to make.