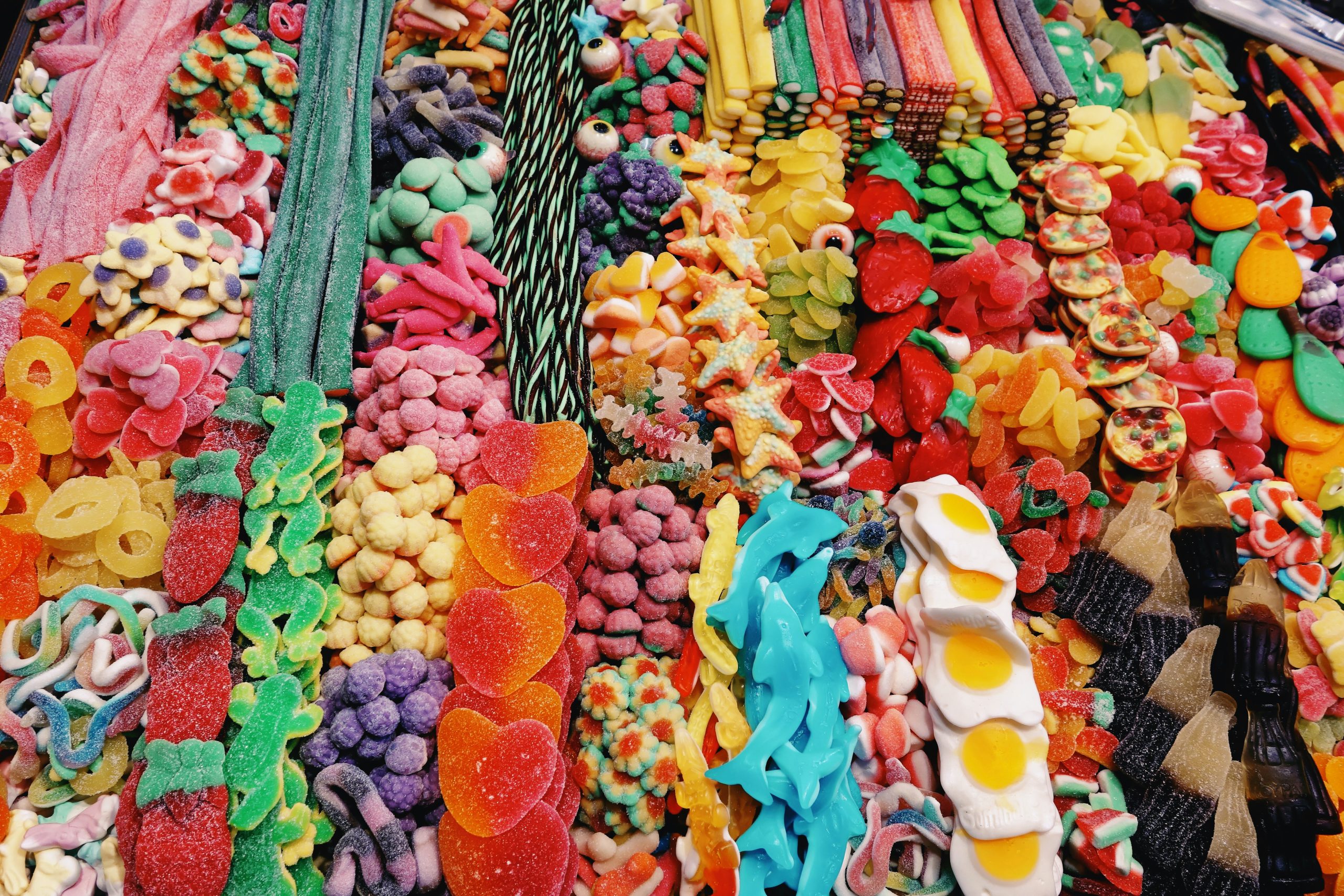 On November 4th, we celebrate the sweet holiday, National Candy Day. Candies have a long history of attracting us with their bright colors and delightful flavors. They also come in a variety of fun sizes and shapes.

In the late 13th century, Middle English first began using the word candy. Borrowed from the Old French cucre candi, it is derived in turn from Persian Qand and Qandi, cane sugar.

However, sugar was not always readily available. So instead, people made the first candies from honey. Candymakers coated nuts, fruits and flowers with honey. This method preserved the flowers and nuts or created forms of candy. Today, we still create these confections, but we typically use them as a garnish.

Originally a form of medicine, candy calmed the digestive system or cooled a sore throat. At that time, combined with spices and sugar, candy only appeared in the purses and the dishes of the wealthy.

By the 18th century, the first candy likely came to America from Britain and France. At the time, people made the simplest form of candy from crystallized sugar – rock candy. However, even the most basic form of sugar was considered a luxury and only attainable by the wealthy.

Since 1979, the world has produced more sugar than can be sold, making it very attainable and cheap.

With the advent of the industrial revolution, many advances improved the availability of sugar. By the 1830s, markets opened, and the candy business underwent a drastic change. Not only did the price of candy drop, but penny candies targeted children.