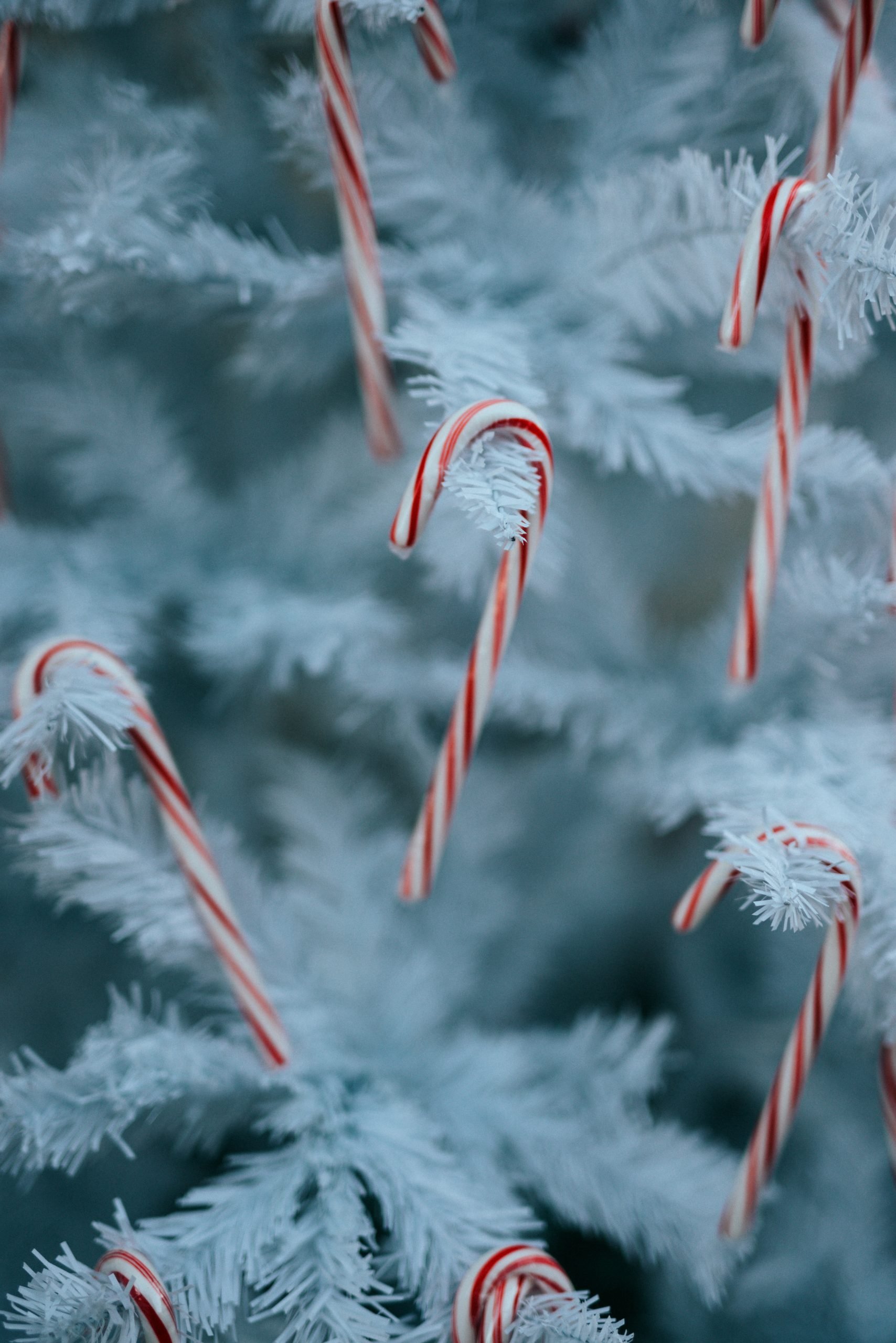 In 1844, a recipe for a straight peppermint candy stick, which was white with colored stripes, was published. However, some stories tell of all-white candy sticks in much earlier times. Folklore tells of the origin of the candy cane, yet no documented proof of its real beginning. Literature begins mentioning the candy cane in 1866, and it was first known to be mentioned in connection with Christmas in 1874. As early as 1882, candy canes have been hung on Christmas trees.