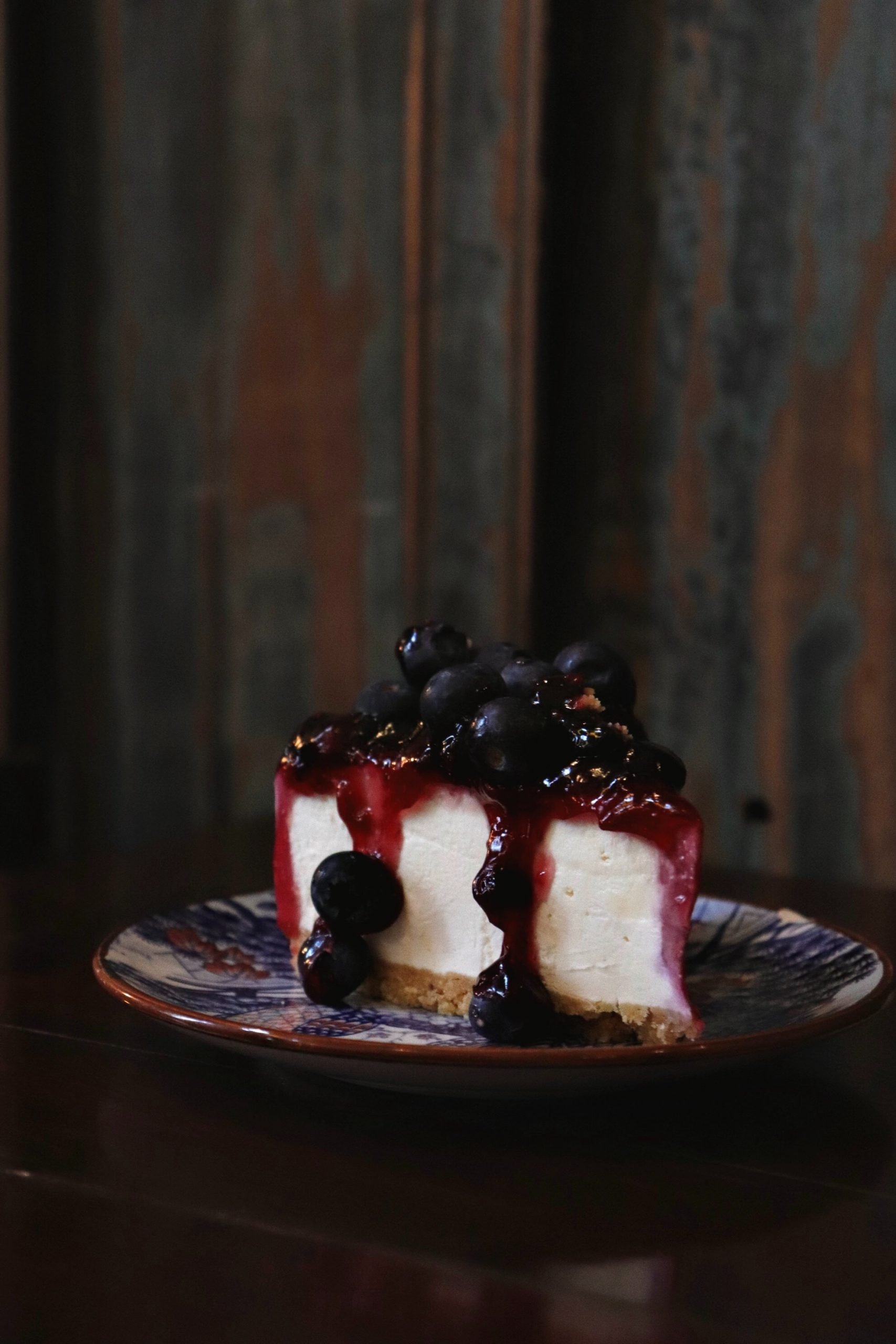 On May 26th, two of the calendar’s favorite foods come together on National Blueberry Cheesecake Day. We’ve scattered blueberries and cheesecakes throughout these pages in scrumptious celebration. But one day a year they join forces in perfect, delicious harmony.

History of Blueberries and Cream Cheese

Combine the history of the blueberry with the development of cream cheese, some might consider the blueberry cheesecake to be a truly American dessert. While recipes for cheesecake served athletes in ancient Greece, cream cheese has been a part of American’s dessert making since about the 1820s. However, after the advent of pasteurization, mass production became possible. One dairy farmer from Chester, New York, decided to be the first. William A. Lawrence purchased a Neufchatel factory to begin his production and in 1873 the first mass-produced cream cheese became a reality.